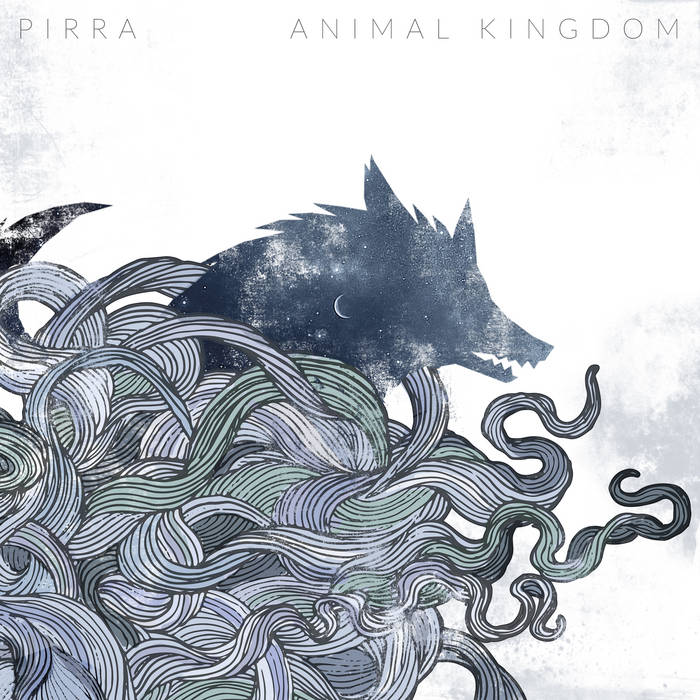 It was in the sweltering heat of January 2016, in a shed in the Nambucca Valley when Pirra dived headfirst into recording Animal Kingdom. They spent a month away from the distractions of normal life where they could solely focus on crafting their debut album, which for them has come to embody the period of musical and personal growth from which it was formed.

In the months preceding the albums conception, things were proving difficult for Pirra. Whilst there was no shortage of ideas, it was becoming increasingly clear that the financial costs associated with producing and releasing music were severely restricting their creative output.Rather than succumbing to frustration, Pirra took matters into their own hands. They borrowed a bunch of microphones from friends, and all four members pooled their money together to buy the recording equipment that would allow them to record and mix a full-length album. It was a bold move. It took them a dedicated year to write the songs, make demos and learn some recording and production tips along the way. They bit off more than they could chew, and somewhat satisfied their hunger.

Despite their newfound self-reliance, on their return to Sydney they had no qualms about collaborating with producers and engineers such as Lachlan Mitchell (The Jezabels, The Whitlams) on Wake Me and Neal Sutherland (Bertie Blackman, The Presets) on Hunter.

Although all band members grew up in rural areas, they now all live nearby each other in Sydneys Eastern suburbs and the urban backdrop has no doubt influenced the kind of feelings and thoughts that the songs reflect. The lyrical content outlines absurd and humorous narratives such as Kool-Aid, which explores the false guru complex, alongside All For You and the title-track Hunter which follow a thrill-seeker on his/her battle against the moderates. Modern Love Monotony details the sting of a fizzling romance while Parachute reveals a more tender portrayal of turbulent love.

The album has an eccentric edge, and whilst the tempos are upbeat, the overall mood is somewhat dark. Upbeat tempos meet brooding synths, overdriven riffs sit beneath a psychedelic atmosphere and ironic humour is countered by more sincere moments. Overall Animal Kingdom a unique album that shows a band that has deepened their craft and are unafraid to explore.

Special Mention to Daniel Anderson at dandersondesign.com, Andrew Kagis at Big Lens Little Lens, Tine Pia Jensen at Lumuma Films and Michael Hutchings for your radical support over the last couple of years. To Val Carniel and Laura Holmes, we love you!

Pirra are a contemporary pop group featuring Jeffrey argent on Drums, Jess Beck on Vocals, James McKendry on Guitar, Curtis Argent on Bass with special guests on Keys.
Stylistically they've been dubbed many things, but upon hearing their music, it's quite clear that it’s their passion for songwriting mixed with their desire to groove, that sums them best. ... more

Bandcamp Daily  your guide to the world of Bandcamp